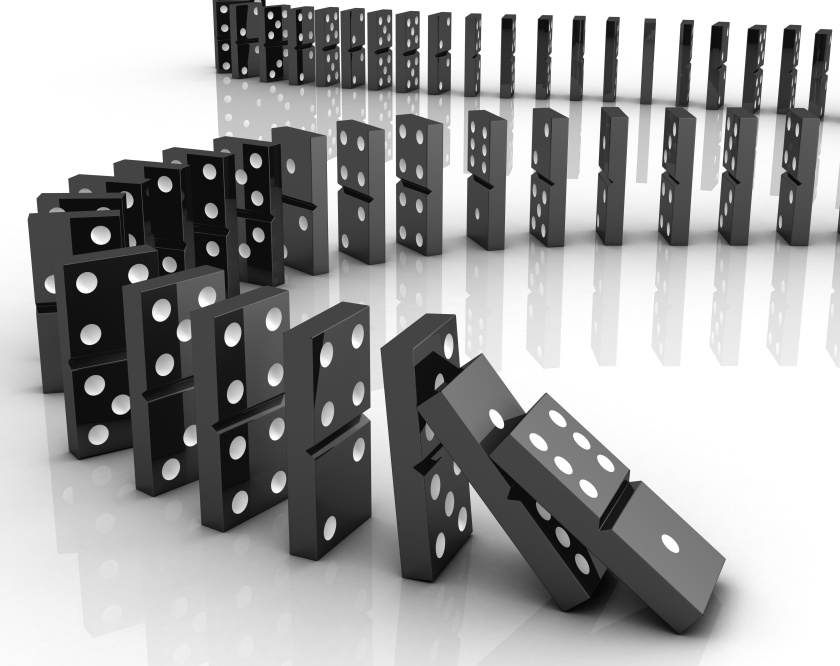 Introduction: The dominoes continue to collapse in the crypto world. The failure of a some big name crypto lenders shows that contagion risk is not confined to the physical world but also front and center in the digital world. Failed crypto bank, Celsius filed for chapter 11 bankruptcy in July and declared a $1.2 billion shortfall in the company’s balance sheet. This was not a surprise as Celsius had stopped customer withdrawals earlier in the summer and now has stated in it’s bankruptcy filing that it owes more than $4.7 billion to customers. Similar fate could come for customers of another crypto lender, Vauld which also suspended withdrawals in July to stop a ‘bank run’ as customers withdrew almost $200 million in three weeks. These bankruptcy filings were preceded by the bankruptcy filing of Voyager Digital, another crypto lender. Voyager Digital had to file for bankruptcy in July as the hedge fund Three Arrows Capital defaulted on a large loan of $656 million from a Voyager unit. In fact both Voyager and Celsius are owed money by the hedge fund, Three Arrows which had a spectacular collapse and owes its creditors around $2.8 billion. The dominoes in crypto lending have started to fall as the price of bitcoin has dropped by 50% from last year and is down 69% from its all time high.

First Domino: The first domino to fall from the drop in Bitcoin valuation was in May when the stablecoin TerraUSD broke its peg to the USD and then caused the collapse of it’s related cryptocurrency, Luna. The collapse of TerraUSD and Luna was a massive earthquake in the crypto world as it wiped out $49 billion in assets and set off a chain reaction which is still unravelling.

So what is the common thread across these bankruptcies?

High Rates: All these crypto lenders and bank offered unusually high returns which could be supported due to the meteoric risk of cryptocurrencies. Voyager offered customers a return of 9% on their stabelcoin deposits while Celsius promised returns of up to 20% on deposits including 8.8% on stablecoins like Tether’s USDT and Vauld offered rates around 8% for stablecoins.

Risky Lending: None of these crypto bank/lenders are regulated currently and so there was no oversight and this enabled them to take on excessive risk and indulge in risky lending practices which in the end caused their own downfall as bitcoin prices collapsed. A WSJ article reveals that Celsius had $19 billion of assets against roughly $1 billion of equity or a leverage ration of 19:1 and this compares against a median leverage ratio of 9:1 for the regulated banks. Celsius also required customers to post only 50% of collateral for loans which in hindsight looks very low compared to the volatility of these crypto assets. Celsius then added extra leverage by borrowing on customer collateral to do it’s own borrowing in a highly risky practice known as re-hypothecation which is not allowed for regulated, commercial banks.

Lack of FDIC Insurance: To state the obvious; none of the deposits made by customers in these crypto banks had any FDIC insurance and so when they file for bankruptcy these customers have no protection and could lose their entire deposit. The higher rates attracted huge influx of investors who deposited their savings/stablecoins and cryptocurrencies in these crypto banks but they are now realizing now that these crypto banks lacked FDIC protection since they are not federally regulated. There are lot of heart wrenching stories in the media of common folks who got sucked into the attraction of high returns offered by these crypto banks without realizing that these banks did not have the protection of FDIC and all of them ignored the old adage that higher returns equals higher risk and in case of crypto banks it was higher returns without any protection kind of like having unprotected sex with a hooker. Some of these failed crypto banks even tried to get confuse their customers about FDIC protection by making partnerships with FDIC insured banks as in case of Voyager. In a twist, what Voyager did was to open an “omnibus” account at the FDIC-insured Metropolitan Commercial Bank and since their account at Metropolitan Bank had insurance Voyager used that to fraudulently claim that it had FDIC insurance (INSERT PICTURE).

Conclusion: Unravelling of the risks facing the crypto lenders and banks and the economic pain being felt by the investors who trusted their savings with them will intensify the pace of lawmaking in the crypto world. The Presidents Working Group on Financial Markets in a report in 2021 had already assessed risks and proposed measures to address them. On the back of that report, this year has seen activity in rule making and given the support across both Democrats and Republicans for rules in the crypto world it is likely that some rules will be passed soon at least around stablecoins and that the days of unregulated crypto banks may be limited. However it is important to strike the right balance between encouraging innovation and embracing new technology while safeguarding customer interests and preventing fraud and crime; more to come……

You are an important nexus of energy